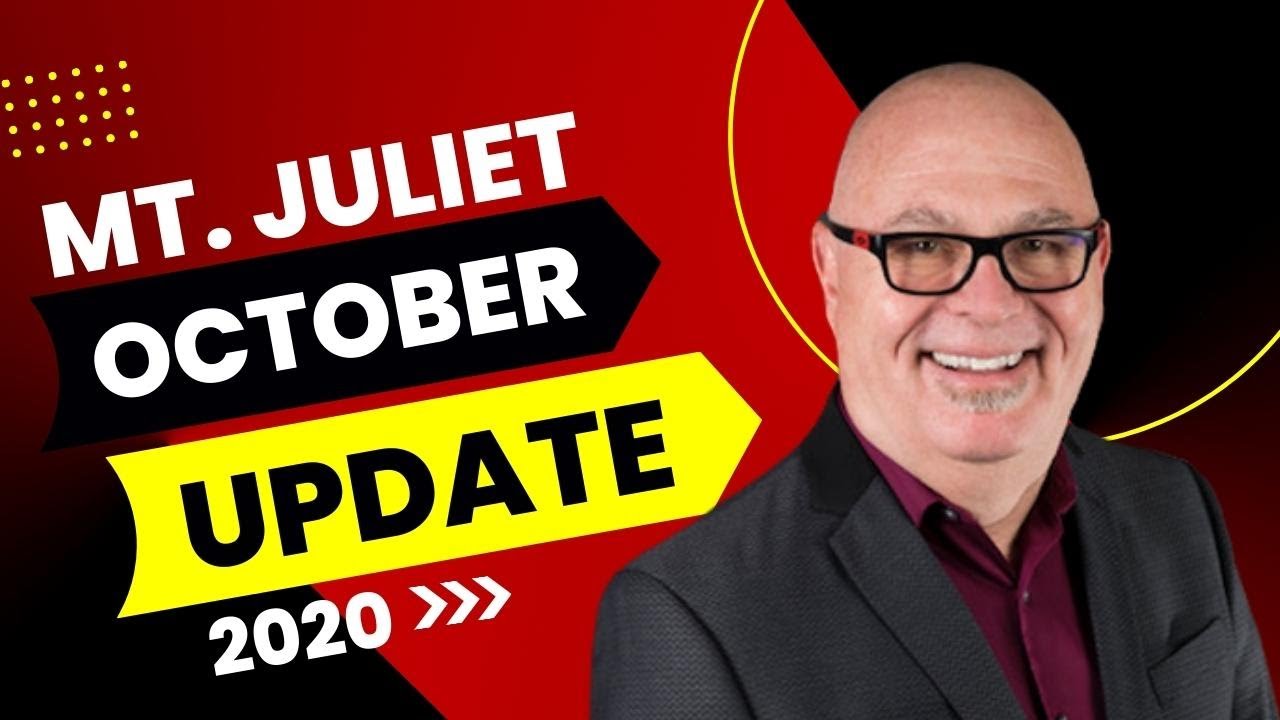 Eddie Poole: Hey everybody. Mt. Juliet was just named the 22nd best place to live in the United States by Money Magazine. Heck we already knew it was a great place to live, didn’t we? I’m Eddie Poole with Keller Williams Realty. Stay tuned for my October, 2020 Mt. Juliet update.

The Mt. Juliet Christmas parade this year is going to be on December 12th, starting at 11 o’clock. Now the parade route has changed. It’s different this year due to the tornado that happened last year and tore up the school. The parade is going to start at the Mt. Juliet baseball park on Lebanon Road, then it’ll go down to East Division. The theme this year is Hometown Heroes. Of course Zach Atwood, long-time police officer in Mt. Juliet will be the grand Marshall.

This year’s parade is going to have a best float award in honor of Rowan Frensley. Of course, Rowan was the little guy that passed away right after last year’s parade. With the anniversary coming up, I know that Rowan’s parents Jana and Art, would really appreciate your prayers this time of year. It’s got to be still hard every day for him. So be in prayer for them.

Well construction is continuing on the Old Dog Sanctuary, which is located in the old Moss’ building on Lebanon Road. The new building is going to be on Nonaville Road, and if you pass by it, they’re really making some progress over there. They look to be open sometime next year. The building that they’re in now, again, the old Moss’ building, I understand some city officials are hoping to get a restaurant in there. It’s got that old industrial look and it’d be really a cool atmosphere if that were to happen. So anyway, we’ll keep our eyes open and see how that develops.

Also in that same area, I think I’ve mentioned to you that there’ll be some apartments coming there on Nonaville Road and that’s still in the works. Construction should begin in the coming months for those apartments.

Most of you probably know where Exxon is right next to I40. They’re on North Mt. Juliet Road. Well, there’s a building next to Exxon that’s going to be opening up a new Subway restaurant in it. Also in new restaurant called Bubbakoos. Now Bubbakoos, it began in New Jersey. I understand they’ve got like 31 locations in New Jersey and they’re in six other states. So apparently they’re probably pretty good or they wouldn’t be expanding like that. It’s an open concept where you can see your food being cooked, being prepared behind, I guess there’s probably a glass screen or something. So anyway, we’ll look forward to Bubbakoos coming in to Mt. Juliet.

I’ll use shade tree mechanics out on the South Side, you probably getting tired of coming all the way to the North Side to get auto parts. There’s not been any auto parts store out in the Providence area. Well, now the Pier 1 Imports building is going to become an Advance Auto shop, from what I understand. So anyway, you don’t have to come all the way to the North Side. Be more convenient for you. I’m sure they’ll do well, because there’s not anything like that in the area to get car parts.

I told you previously in the old Lifeway building something was going to be coming that would relate to ladies. Well Sephora, who I understand had a display and a section over in J.C. Pennys, they’re going to be opening up a standalone store in the Lifeway store. I’ve never used their products. I don’t use very much in the way of makeup, but I understand this it’s a place that the ladies will enjoy. So I’m sure you’ll look forward to that if you’re a lady.

The area will include some smaller type stores, one or two larger box stores from what I understood, about 300 apartment complexes and eventually some condos over there. But it’s quite quite a large undertaking from what I hear.

Now probably your first thought is probably what my first thought was. What about the traffic? Traffic is already so terrible over there. Along with Providence Central, they’ll also be a developing another exit that that comes right before the Mt. Juliet exit. So that’ll relieve some of the pressure off of North Mt. Juliet Road that we’ve all experienced. Besides that, Adams Lane and John Hager Road will be rerouted. I don’t exactly know the rerouting of that or how that’ll work, but I just know that they’re aware of the traffic issues and they’re working on it.

I’ll bring you more details about Providence Central in the upcoming days and also anything else that I hear happening. Hey, if you’re looking for a house and you want a real estate agent that knows Mt. Juliet, I would love to help you. My number is up on the screen at (615) 973-4663. That’s my cell phone. If you call me it’ll ring and I’ll probably answer if I’m not with the client. I’m Eddie Poole with Keller Williams Realty and I love to lead people home, so call me.